Drakensberg House
Welcome to SafariNow. Get off your accommodation booking by paying with the voucher code before . 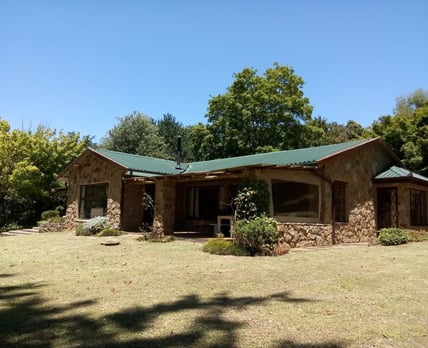 Less than R365 pppn or Euro 25 pppn - sleeping 8 in the Unesco World Heritage Site, Drakensberg House is differentiated by its quality, 50m from the resort it offers a unit rate.

Safe and secure it is a security-patrolled estate where all kinds of African wildlife abound. Zebra, Impala and Wildebeest roam free.

Drakensberg House is a stone cottage with (4)four bedrooms and three bathrooms. Included is a separate apartment.

The cottage is stone cottage in the mountains and has a traditional wood-burning stove and a fully equipped kitchen with a fridge, dishwasher, microwave, hob and gas plates.

There is an open-plan dining room with a four-seater dining table and a comfortable lounge. There is just under an acre of manicured gardens with an outdoor braai and a seating area, and there is adequate covered parking.

Please note that the cottage sleeps eight guests and is bookable as a unit only.

Taking a walk in the garden or the surrounding area; you may stumble across blue wildebeests, duikers, blesboks, Egyptian geese, servals, porcupines, jackals, baboons, vervet monkeys and several species of mongooses, as well as Cape clawless otters.
Hiking trails and walks in the Champagne valley and further; local from the Drakensberg House include The Monk's Cowl; the starting point to the spectacular peaks.

Rest in the mist at the base of the magnificent Nandi's Falls and explore the pools along the Profane river.
Another great day hike takes you up past the sandstone rock faces of the valley to the grasslands at the base of Cathkin peak where Rhebuck, Eland and bird life flourish.
Toughing it, is the 10 hour round trip that will take you up to the plateau of Champagne Castle (3337 m), one of the highest mountains in the Drakensberg. Here you can rest at the top of a 1000 m drop and watch rare bearded vultures circle before heading back down Gray's Pass.
A drive away includes; The Cathedral Peak area is defined by a freestanding set of peaks extending from the escarpment, and is a 45-minute drive from Inkosana Lodge.

The Injasuthi area holds the highest peak in the Drakensberg and is especially notable as having one of the best sites of Bush men rock art in the area. This art can be explored with a guided walk to Battle Cave, which displays a battle scene between two Bushmen tribes. Injasuthi is only 45 minutes by car.

Royal Natal National Park is 90 minutes north and lies at the northern end of the Drakensberg range, at the base of the Amphitheatre. Day hike up the beautiful Tugela river gorge, or drive an additional hour and walk up to and along the top of the escarpment to the Tugela falls, second highest waterfall in Africa.

Giant's Castle is another great site for Bushman rock art, with the caves only a 1.5 km walk from the entrance gate. Here you'll also find a museum which recreates Bush men life. Serious hikers can reach the top of the Drakensberg escarpment via Langalibalele Pass.

50% deposit is due on booking(24 hours) - balances due 60 days from arrival date - bookings 60 days or less is a 100% payment on booking and the cancellation applies - no refunds.
Obtain bank details from the proprietor for balances if that applies.
No smoking or pets are allowed.
A maximum of eight people, children and adults, is allowed.
There is a R750.00 refundable breakage deposit payable within 10 days, post inspection.

5 / 5
★★★★★
1 review
5 star
4 star
3 star
2 star
1 star
duncan macgregor
July 2019
★★★★★ The pictures do not do justice to Drakensberg House. Our energetic toddler and baby loved crawling through the garden, while the whole family had lots of space inside. Being inside Bergview Estate, gives the house access to so many amenities. It really was an amazing home away from home and a good break. 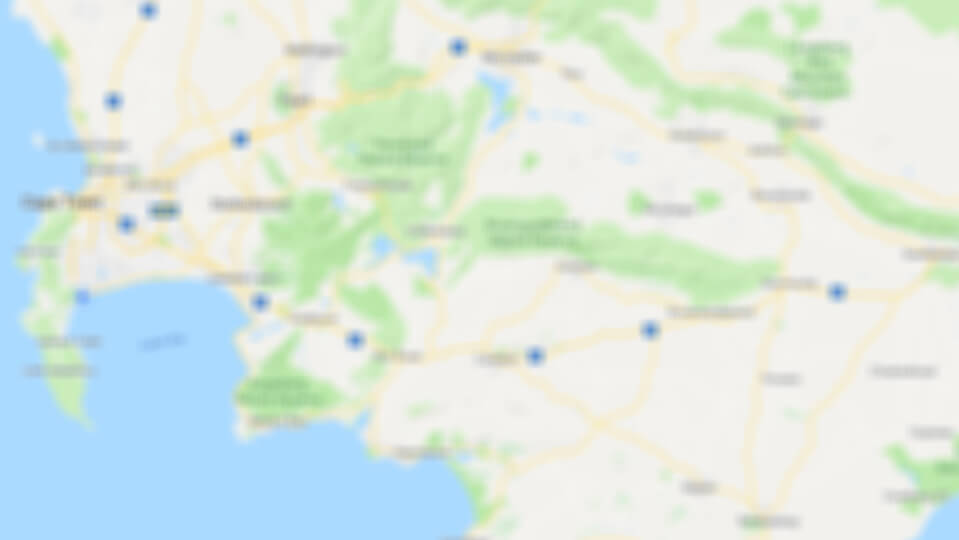 Click to display the map
Drakensberg House is 1.4km from the centre of Cathkin Park , the nearest airport 199.8km (King Shaka International Airport).
*Distances are shown as the crow flies and not necessarily the actual travelling
FromR3300R2805
Avg per night
per night
15% OFF
15% OFF
This establishment is not available at present